Construction on the cape cod cottage began in 1950 – originally owned by Stephen W. Meader. He was a talented author who wrote over forty books. Kay Williams has owned the house since 1984.  Kay keeps in touch with the Meader family and connected us to Julie Seder, Stephen Meader’s granddaughter.

Life of the House

Once the home was completed, my grandparents, Steve and Betty Meader, spent May to October there every year.  Gen 2, the four Meader kids (Steve, Jane, Beef, and Peggy) and their offspring spent weeks there every summer.

In 1962, Betty died, and in 1963 my grandfather married Patience Ludlam, the widow of his college roommate Jesse Ludlam (Jesse and Patience were the parents of Stephen C. Ludlam, for whom American Legion Post 331 was named.) My grandfather passed away in 1977, leaving the cottage to Patience.  Patience’s heirs eventually sold it back to my uncle Beef Meader and his wife Joan, and they rented it out for the summer months until Beef retired.

Once it left the Meader family in 1984, my brother and I (Gen 3s) have rented the cottage every summer since then.  Sometimes together, but primarily separately for over 25 years or so.  I’ve included pics of events and gatherings to illustrate the span of our commitment!  Kay has been such a blessing to our family.  Every year we hold our breath, fearing 164 has been sold, razed, and replaced with a McMansion.  But I can tell Ms. Williams loves it as much as we do, and we were thrilled to see the Historic Home plaque appear on the wall.  The Elementary School Library was named for my Grandfather.  I spoke at the rededication years ago.

Childhood and Other Memories 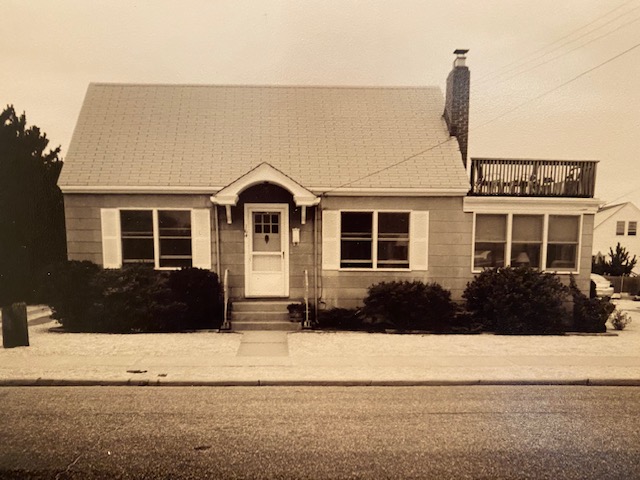 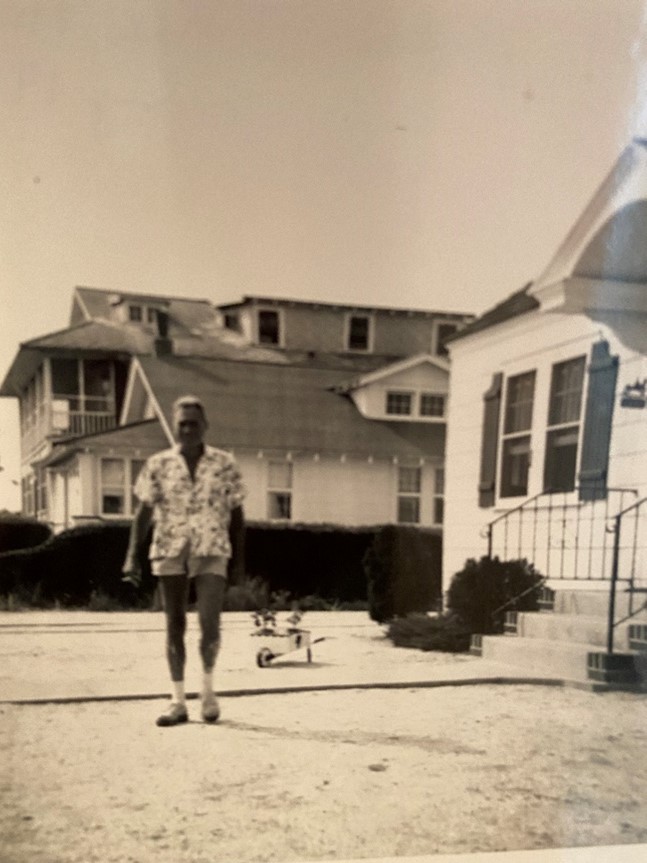 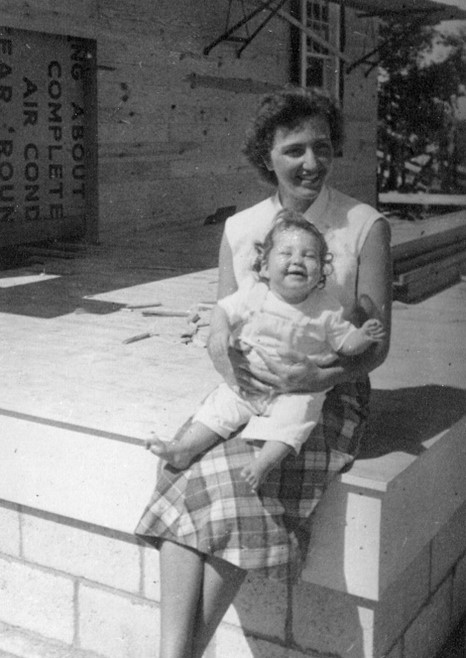 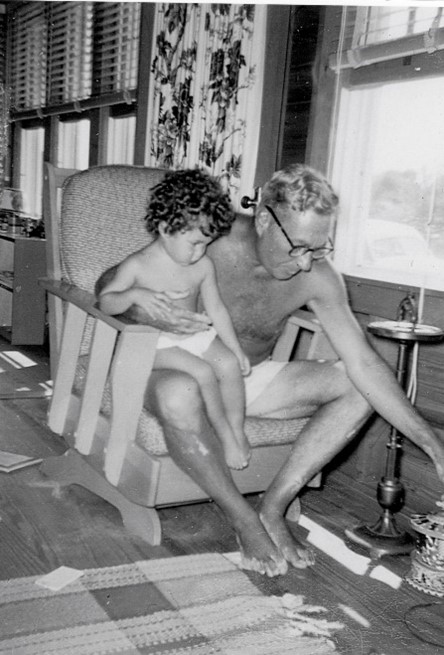 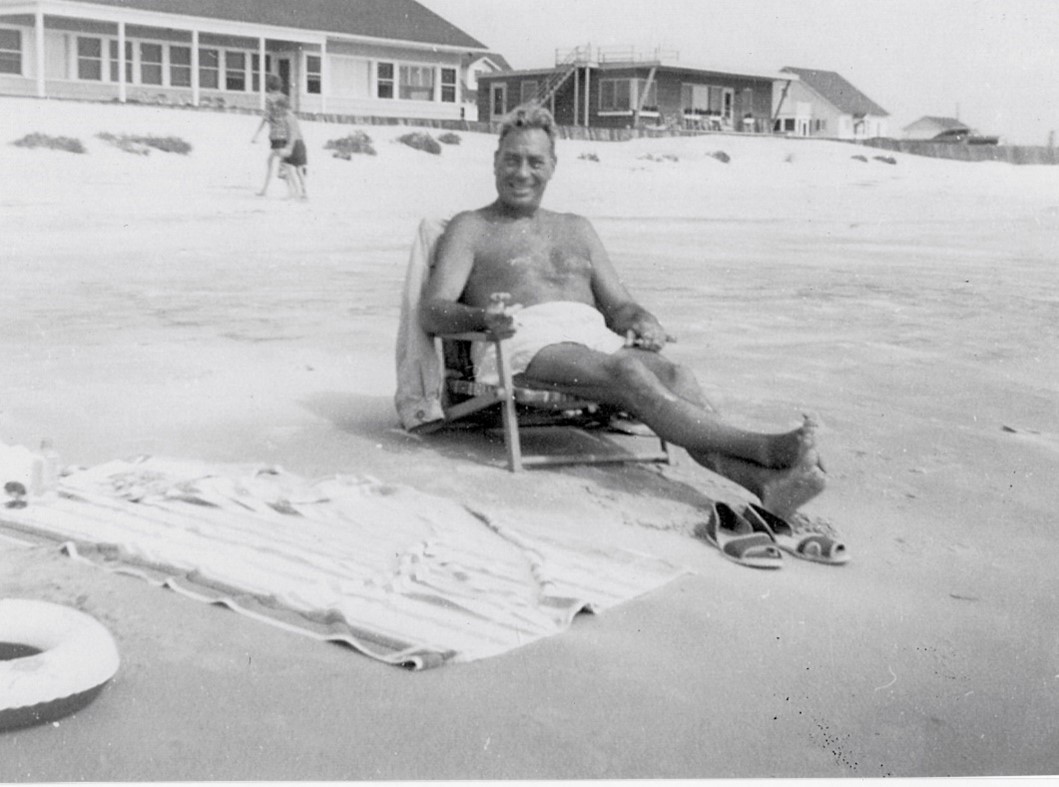 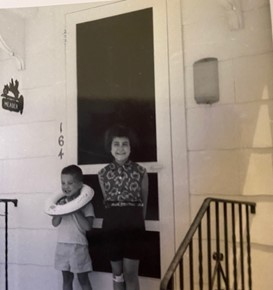 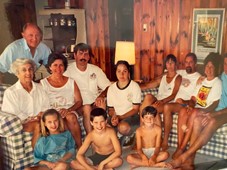 Group photo in wood paneled room :  Gens 2-4  Far left are Beef and Joan Meader.  Middle row, 3rd from left is their son Steve (Gen 3)  My brother Jim and I are on the right couch between our spouses (Gen 3).  Various Gen 4s scattered about the floor.  Circa 2000 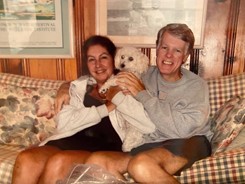 Julie (McClelland) Seder and husband Jim Seder in 2007.  Jim Seder died from cancer in 2009, so this was his last trip to the shore. 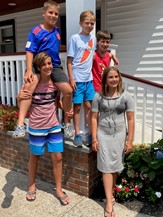 Springers photo :  The first Gen 5 (my grandson Kyle in the center), and the last visit by Beef and Joan together.  2011

Christmas card: My most treasured Christmas gift this year was from my daughter.  She found this ancient Christmas card in the back of a drawer.  In addition to being an award-winning author and advertising copy writer, my grandfather was also a talented artist.  This was the family Christmas card in 1950!