A RAILROAD TRAIN RUNS RIGHT DOWN

Can you imagine a steam locomotive running down Second Avenue?  Well, it is true and you will have to step way back in time to be able to see it!

The post card illustrated here presents a most interesting dilemma for people living and vacationing in Stone Harbor during the 1920s.  Looking closely at this image you will see that a Pennsylvania Railroad locomotive is blocking the main thoroughfare as it is stopped at the intersection of Second Avenue and 96th Street.  The viewer is looking due east down 96th Street toward the mainland and the town water tower rises above the houses on the right.

The railroad’s use of Second Avenue along the entire length of Seven Mile Island through Avalon from Townsend’s Inlet and Sea Isle City northward was however only going to be short-lived.  Generally speaking there were many complaints and problems associated with safety including the danger to pedestrians, vehicles and property.  In addition, the inevitable black smoke and soot along with the disruptive hissing noise of the engines, the screeching and braking of the wheels, and the whistles and bells that over time helped to contribute bringing about the demise of this rail service to Stone Harbor.  It must however also be said that another major factor responsible for ending rail services to Stone Harbor was the ever growing use and popularity of automobiles and busses to bring people to the shore.

This being another example of the store owner David Troxel’s published post cards, it should not be surprising that there is no evidence of any black smoke coming from the locomotive or any hint of traffic congestion shown here in this image.  Most certainly being the seller of many such post cards as this and surely being a promoter of all things good about Stone Harbor, we can understand why Troxel would want to put the town’s best foot forward and present a good, even smoke-free, image if you will.  This postcard was postmarked at the Stone Harbor post office and bears the date of AUG. 11, 1926.  The message written on the back of this card in pencil (which was very common means to write with back in that day) shares the following information with a Mrs. C. Miller of Glenside, Pa.:  “We have a lovely place.  It is nice and cool, sleeping under blankets.  Ruth and her mother go in bathing every day.  I can sit on the porch and watch the boats on the bay.  Aunt Belle.”

In conclusion, if you look to the left-hand side of this street scene you will also see the prominent two-story building that was the second Stone Harbor Fire House built in 1924 at a cost of $15,000.00. 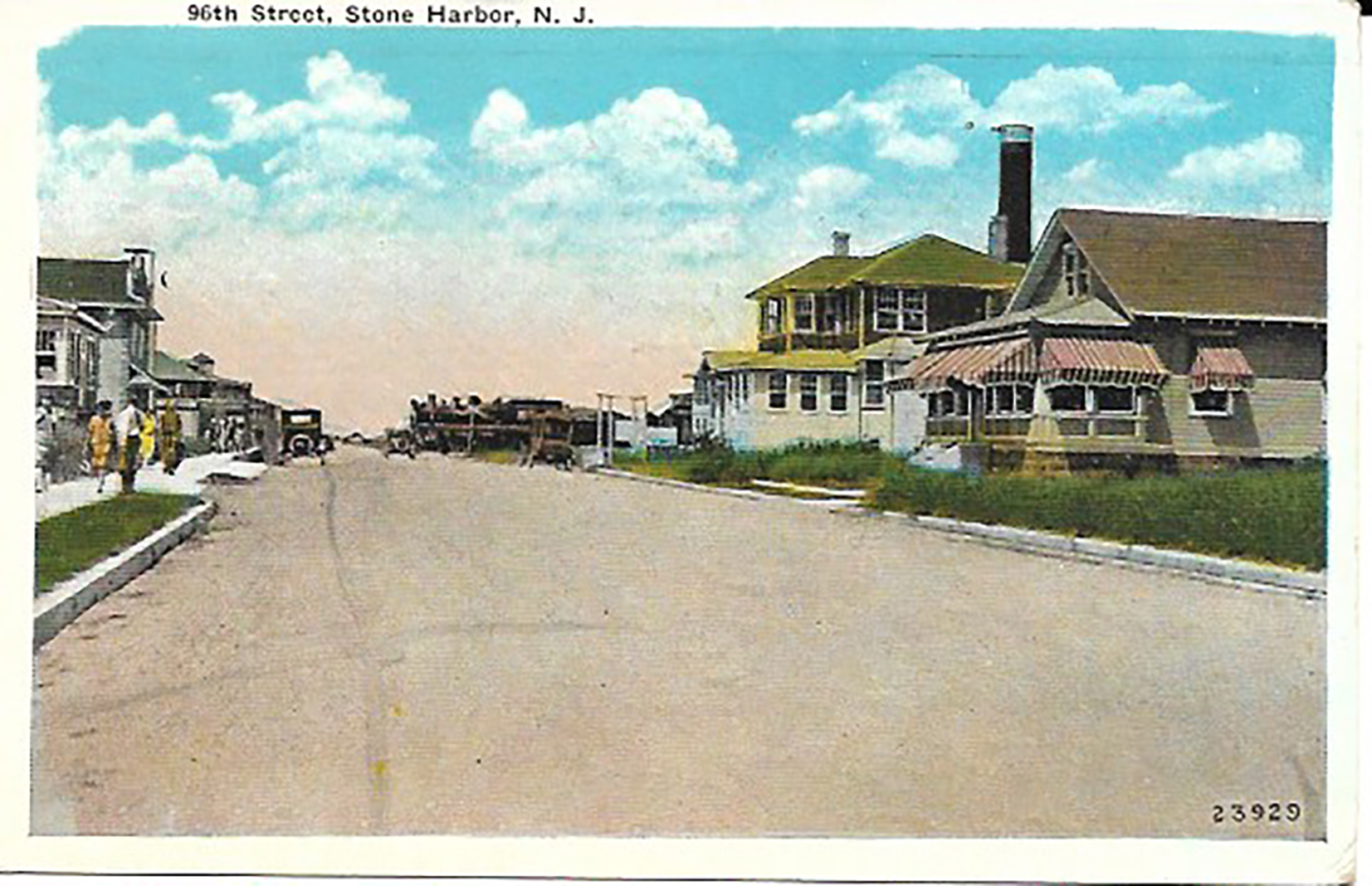 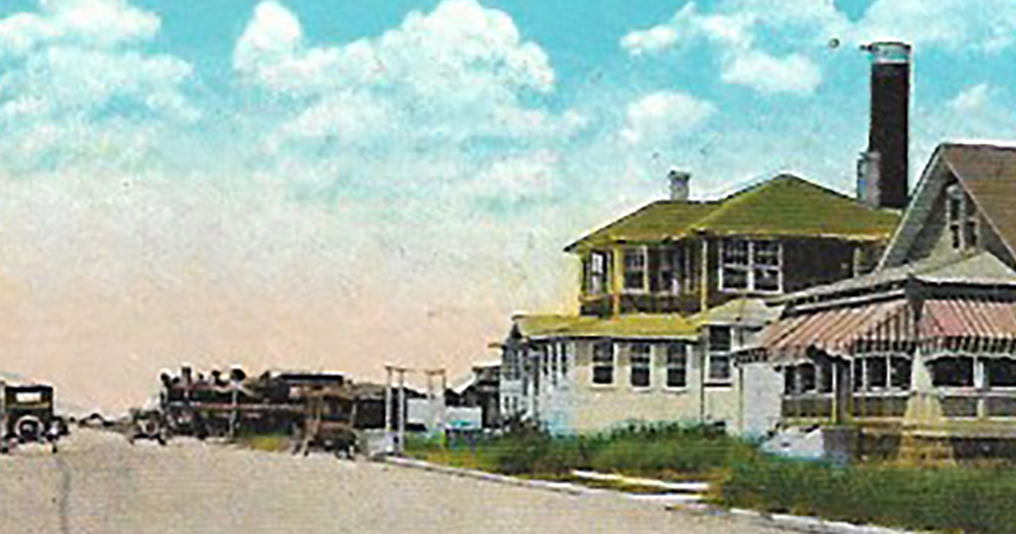