The Highlight of Swimwear Fashion at Stone Harbor – Circa 1915

Here we see two action photos combined on one vintage postcard that was postmarked at Stone Harbor on Aug. 4, 1919.  The knee-length bathing suits shown here typify what was known as the Edwardian style of bathing costumes.

Swim suits of this Edwardian type were made of worsted wool and covered much of the body.  Women’s suits were sleeveless and included black stockings.  The young people in these images are clearly having a merry time on the beach.  This was an era when such apparel was primarily used for swimming in the ocean.  Therefore, a day at the beach then did not require lugging beach chairs, umbrellas, or rafts and floatation devices.  Sun tans, sunscreen and/or “sun-worshipping” so to speak had not yet become trendy but would soon loom on the distant horizon.  As tastes and styles gradually changed, swimwear during the 1920s would be altered and bathing suits would reflect and take on unisex characteristics that offered greater ease and freedom of movement.  It would be from the 1920s onward that the emphasis then shifted to using the beach also for sunbathing purposes.  That being said, we can all attest to how swim suits over time have become much more revealing and abbreviated.  Remember the popular song entitled “Itsy Bitsy Teenie Weenie Yellow Polka Dot Bikini”? 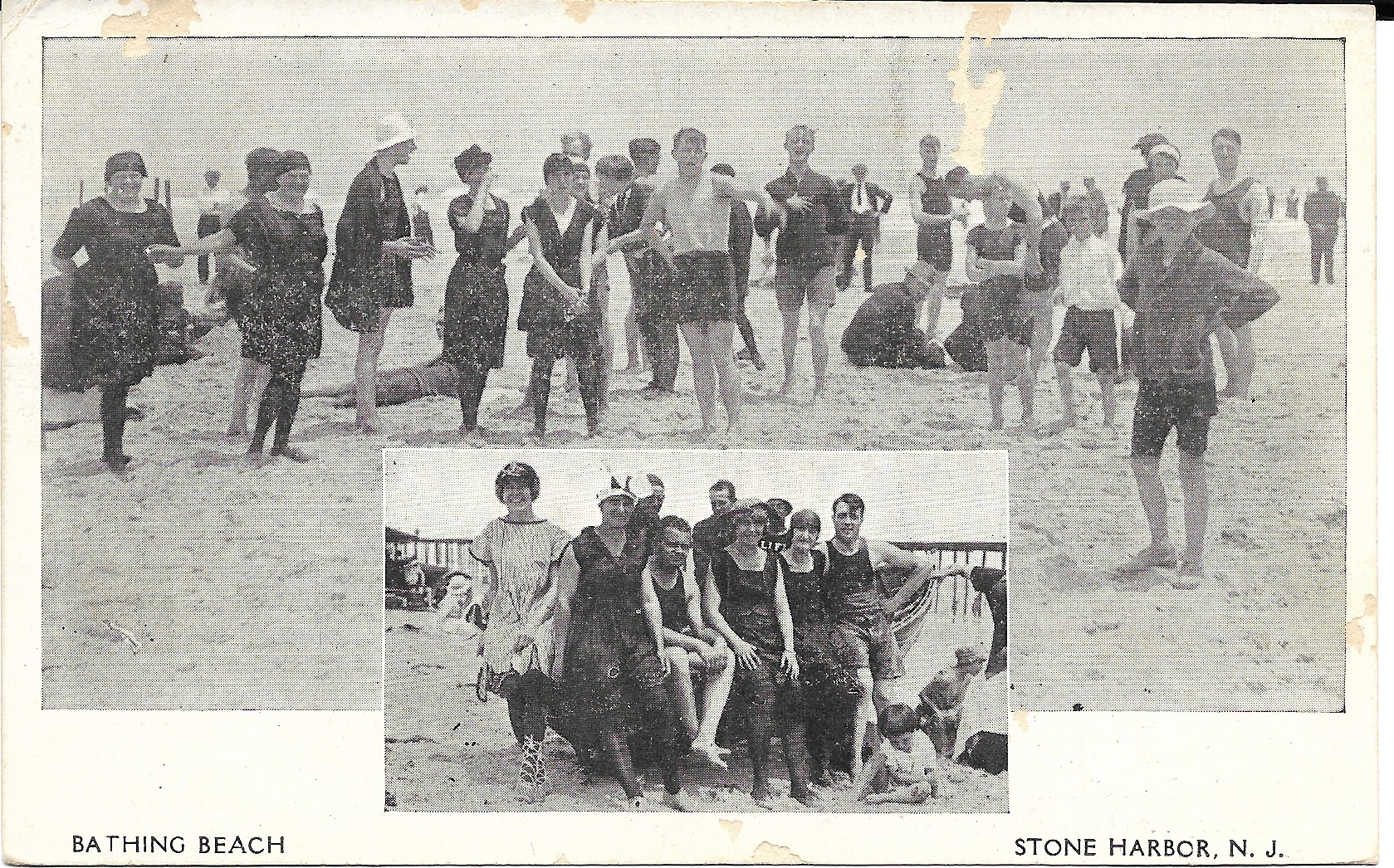