The Beach at Stone Harbor : A Moment in Time

Spending time on the beach, bathing in the ocean and  having fun with friends and family are perhaps the  primary reasons why so many people venture to the  seashore especially in the summertime.

The first post card image shows people of all ages  passing the time one summer day back in the early  1920s and postmarked July 17, 1923. The girls in the  foreground seem to be enjoying their company as well  as doing some knitting while others, young and old, are  sitting in the shade of the boardwalk to get some relief  from the simmering heat of the summer sun. There’s  grandma helping a little one and there are some  mothers engaged in pleasant conversation while  watching their children. Do you see the baby carriage to  the far right? Well that was a pretty typical and relaxing  scene at that shore at that time.

The second post card image, postmarked July 27, 1951,  was snapped about 30 years later and it clearly shows a  couple of significant changes at the 96th Street beach.  What changed over those years was (1) the demise and  absence of the Stone Harbor boardwalk and (2) the

appearance of many colorful and upright objects that  conspicuously dot the beach scene. As time progressed  the iconic beach umbrella would enter the picture and  prove both useful and popular as a means of escaping  the direct sunlight on those hot afternoons. Most likely  our viewers can remember moments in time like this! 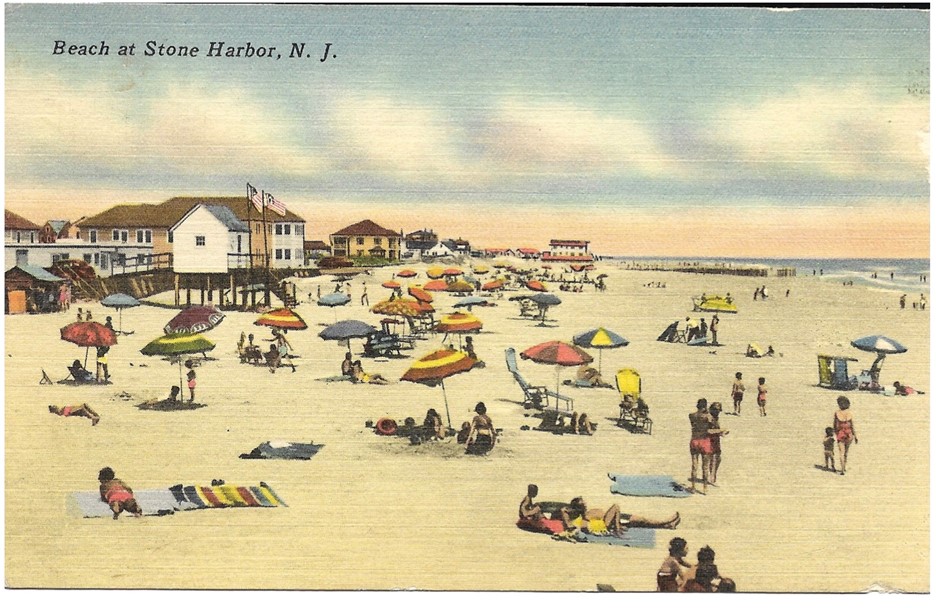 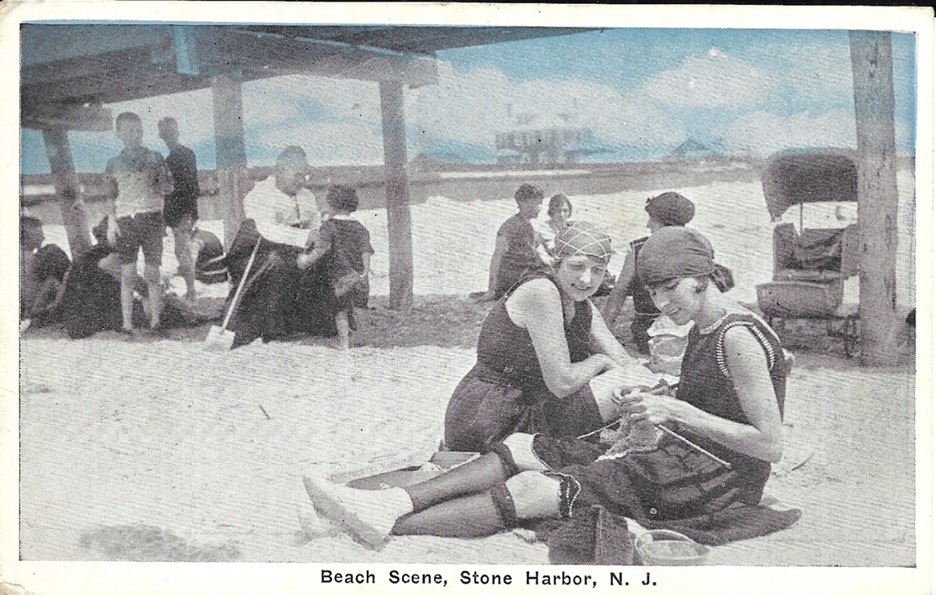