In the summer of 1912, the Risley brothers decided their new real estate venture called the South Jersey Realty Company at Stone Harbor needed further promotion. They turned to the infant aviation industry for a magnet to attract additional attention to their plans for further development.

Research indicates that the Risleys contacted the Aero Club of Pennsylvania and engaged the services of a young pilot by the name of Marshall Earl Reid. Aviator Reid, in his Wright pusher aircraft, disassembled his plane in Philadelphia, put it on a trailer and then transported it to Ocean City. Here the plane was reassembled and pontoons were removed and wheels and skids were put on. The broad sandy beaches at Ocean City and Stone Harbor were determined to be suitable take-off and landing sites.

Transporting mail by air in 1912 was an unusual and novel idea and the concept certainly captured the interest and attention of many people. As part of the ongoing promotion of Stone Harbor, passengers and mail were to be flown the 20 miles between the two seashore resorts by Reid. Interestingly, the United States Post Office Department granted Pilot Reid the authority to fly

mail between the two towns and this air mail route was numbered 609,003. A daily round-trip service was conducted between August 3 and 10, except for Sunday, August 4, and due to popular demand resulted in extending the mail flights between August 12 and September 5, again except for Sundays. Records show that on the very first flight which occurred on August 3, Reid flew along the shore above the beaches at an altitude of 150 feet past the communities of Strathmere, Sea Island City, Townsend’s Inlet and Avalon. The flights were made on days when the weather conditions were favorable and on four trips from Ocean City, Reid carried 11,456 pieces of mail and on the three trips from Stone Harbor he carried 1,059 pieces of mail. The total was 12,615 pieces. On the very last trip from Ocean City he flew over 5,000, mostly post cards.

Some mail like the vintage post card shown here received a special two-line cachet “OCEAN CITY & STONE HARBOR / AERIAL U.S. MAIL SERVICE.” Some pieces of mail have handwritten inscriptions, “Via Aeroplane” or “Via Aeroplane Mail.” This particular piece of air mail was postmarked at Ocean City, N.J. on Aug. 9, 1912 and flown to Stone Harbor.

The picture side of this post card is titled “Boardwalk and Beach, looking North from 8th St., Ocean City, N.J.” This classic image depicts well-dressed summer strollers on the popular boardwalk skirting along the

ocean surf, countless small shops, two pavilions or gazebos, a fishing pier jutting out into the ocean, and a sign advertising a local eatery known as Tahoma Restaurant.

Authenticated pieces of mail flown via these special aerial dispatches are quite scarce and as such are highly prized by some collectors called aerophilatelists. Very few of these flown air mail pieces have actually survived to this day and locating and acquiring one such specially flown and authentic souvenir is indeed a rare and quite expensive find. Happy hunting! 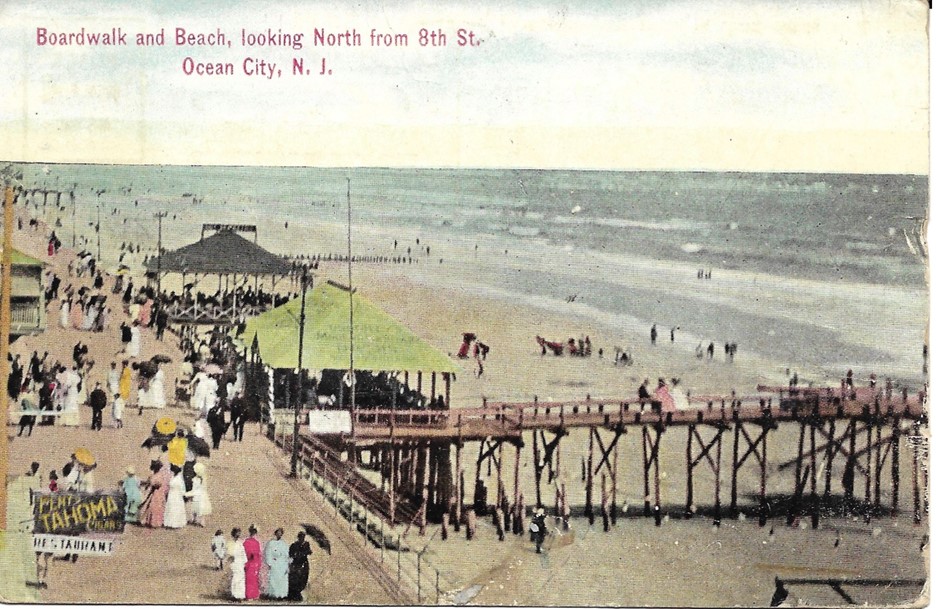 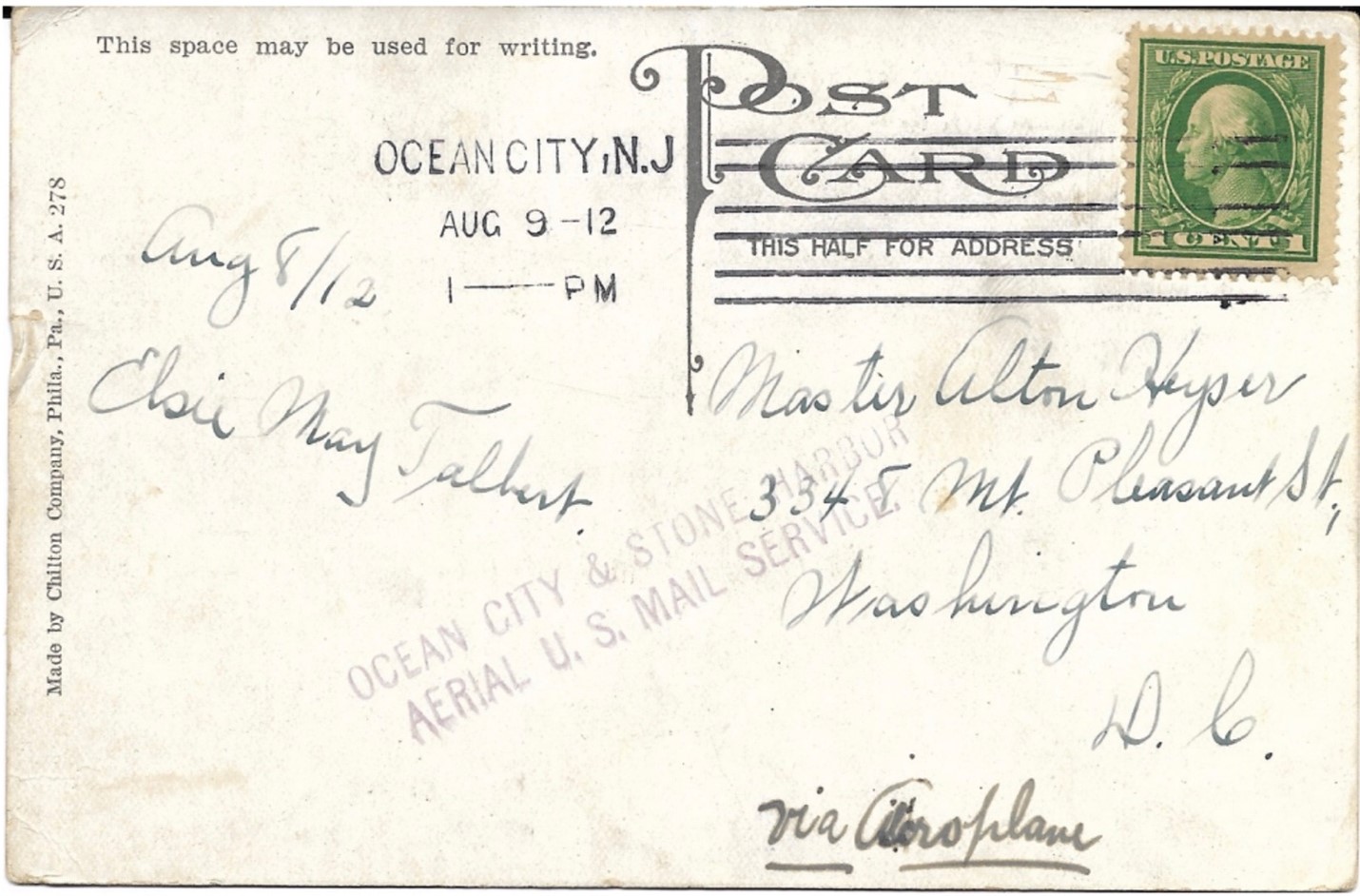