When picture post cards took off and became popular in the early 1900s, so too did the fledgling community of Stone Harbor. It might be said that post cards became little couriers that conveyed what was happening at the seashore resort. In addition, the personal notes scribbled on post cards became messengers telling folks back home what vacationers thought about their time at Stone Harbor.

Proprietor David Troxel published and sold many post cards at his store and was thereby instrumental in helping to pictorially document the early history of Stone Harbor. Most interestingly, the message/address side of this particular card was personally penned by Troxel himself and as you can readily see was requesting specific information about the costs associated with producing and selling his own post cards. What a great piece of history we have here to tie together both the landmark store on 96th Street as well as the man who was responsible for publishing so many Stone Harbor souvenirs of yesteryear. Thanks for the memories! 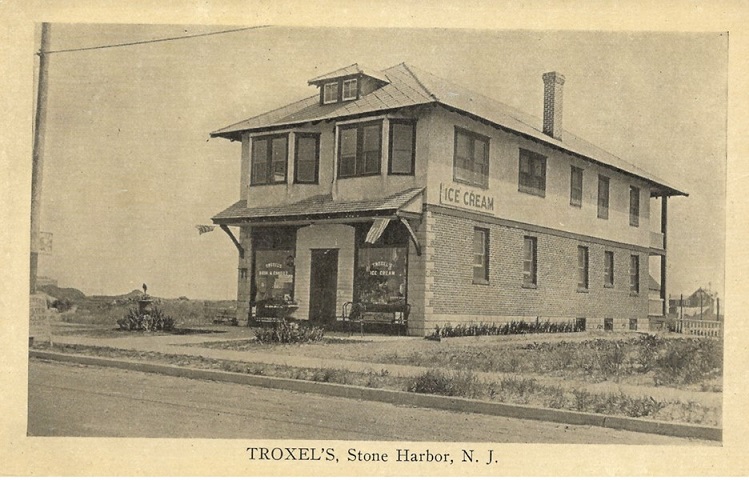 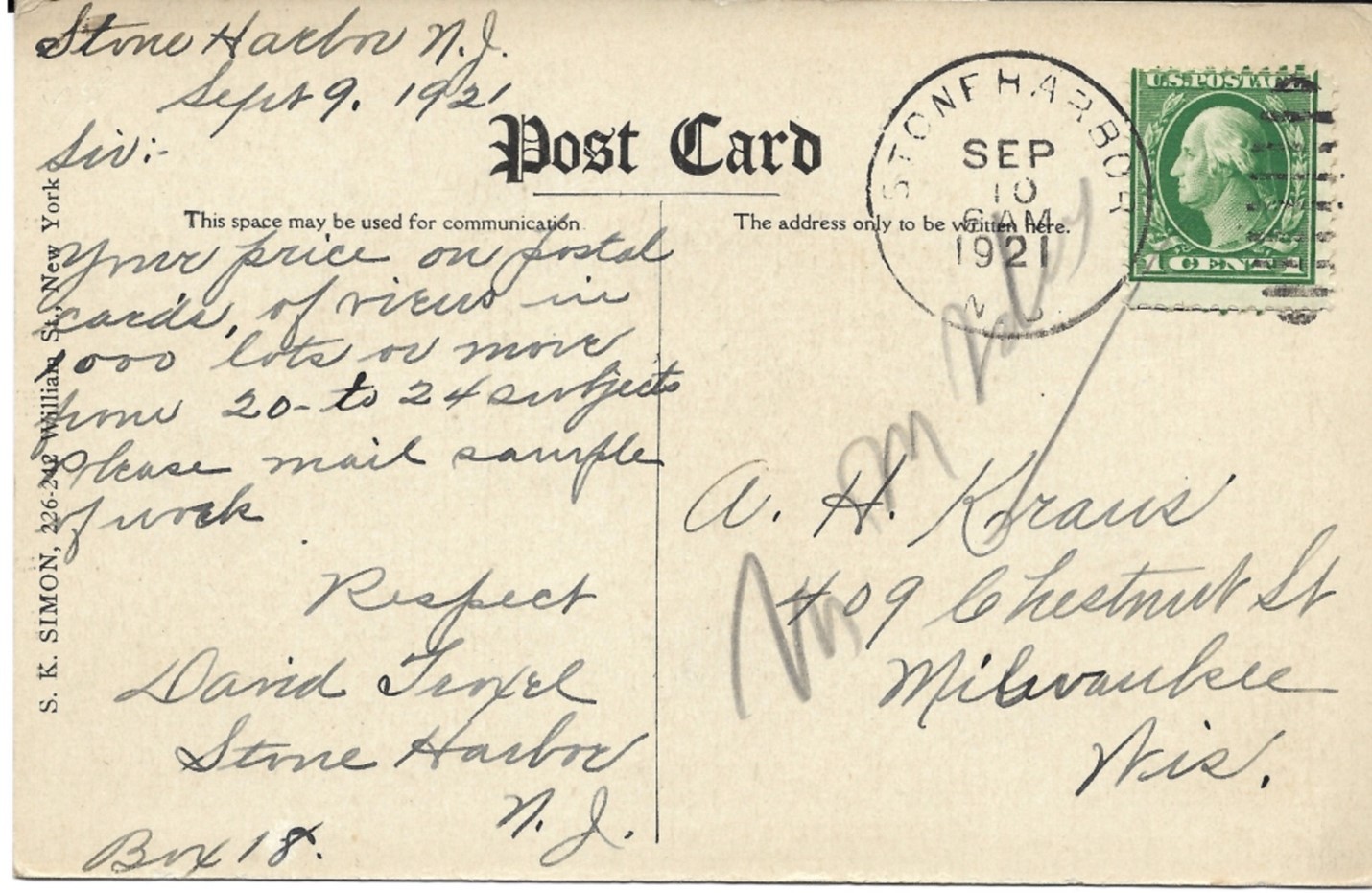